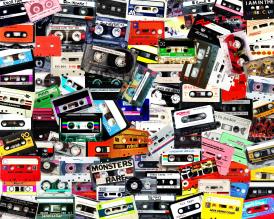 This will be an unusual post for me, but since I heard of the death of Marie Fredriksson (1958 – 2019), a once lead singer in a Swedish band Roxette, I thought I would also pay tribute on my blog to the music (and love ballads) of the 1980s by compiling a list of memorable songs from that decade. In the 1980s, Roxette had a hit song – “The Look” [1989] and it is also the band behind a song “It Must Have Been Love” [1987], featured in a film Pretty Woman [1990]. Even though I do not listen to the 1980s music anymore, I recognise that that decade produced some of the greatest hits ever, especially in pop music, and no music could compare to the instantly recognisable beat of the 1980s. This was also the decade that produced the best love songs, whose quality (and cheesiness!) is unmatched to this day. In no particular order (trying to feature different genres without repeating artists):

N. B. The image used in the site header is Shanghaï (Imaginary Cities) by Luc Schuiten, a Belgian architect.